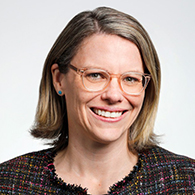 Michelle Fitzgerald is Director of the Technical & Digital Innovation Branch at the City of Melbourne, and is the city’s first Chief Digital Officer.
As our cities face digital disruption, Michelle and her team are responsible for trialing and implementing digital and data tools that will help prepare Melbourne for population changes and help create the jobs and startups of the future. Melbourne was recently rated number eight ‘smart city government’ in the world.