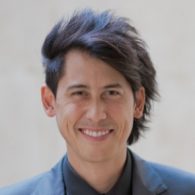 Dr Jordan Nguyen, is one of Australia’s most innovative engineers, who is committed to improving the lives of as many people as possible, and to help become a driving force behind both human and technological evolution as we move into the future.

An internationally renowned engineer for humanity, Jordan designs life-changing technologies to transform the lives of people with disabilities and the elderly through his role as founder of Psykinetic, a social business committed to bringing positive, sustainable and life-altering change, and shares his adventures through documentaries across the world. Inspired by human endeavour, Jordan has big ambitions to see our world step consciously and creatively into a better future.

The past few years alone have been significant for Jordan. In 2017 he was a finalist for the NSW Australian of the Year. He made the list of Australia’s Most Innovative Engineers by Create Magazine 2016, was named in Onalytica’s Top 100 Global Influencers on Virtual Reality in both 2016 and 2017, travelled on tour with Think Inc and Steve Wozniak in 2016, won the Australian Computer Society’s (ACS) ‘ICT Professional of the Year’ Digital Disruptors Award in 2017, and had the honour of being MC in 2018 for An Evening With President Barack Obama on his recent visit to Sydney.