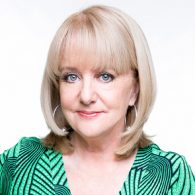 As career breakthroughs go, this one took a while, but it has been worth the wait.
Denise Scott‘s path to her career as a Melbourne Comedy Festival Award-winning comedian began when she started acting nearly thirty years ago, but it has been in the last decade that she has hit the big time, scoring high profile TV spots, filling thousand-seat theatres, releasing two books and even returning to her acting heritage with ongoing roles on Seven’s Winners and Losers and Nine’s House Husbands.

She returned to the stage once again in 2014 with her Barry Award Winning solo show Mother Bare, performing at the Adelaide Fringe, the Melbourne Comedy Festival, Sydney Opera House and Brisbane Powerhouse.

Scotty has been and remains a favourite guest on many of Australia’s favourite TV shows, including Spicks and Specks, The Project, Talkin’ ‘bout Your Generation, Have You Been Paying Attention?, Please Like Me and Jack Irish and Studio 10. A contestant-turned-co-host on 2019’s Dancing With The Stars reboot for Ten, Scotty also provides the voice for the Nine Network hit, Travel Guides.