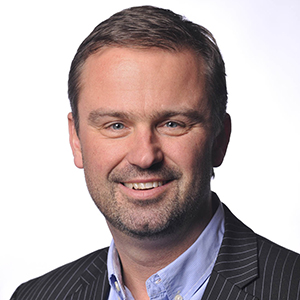 David Bartlett has built an extensive career leading people through change in innovation, science and technology – having driven people and technology strategy in both the private and public sector at the highest levels. David was the 43rd Premier of Tasmania and the first Gen X Premier in Australian history implementing wide ranging policy reform in innovation, high speed telecommunications, education, water, agribusiness and renewable energy. He entered politics following an extensive career in IT and innovation in the private and public sector. He also held the positions of Minister for Innovation, Science & Technology and Minister for Education & Skills.

After stepping down as Premier at just 43 years old David started to consider the future of work and the new nature of work emerging across the planet. He has worked across Australia and New Zealand in technology leadership and advisory roles. He has also

He is now Chairman of ANZ tech company Fronde Systems and a Non-Executive director of a number of other start-up and high growth technology companies. He has also held positions as Chair of the Tasmania’s iconic Salamanca Arts Centre and national charity the Brave Foundation.
Over recent years David’s childhood love of basketball has been reinvigorated through playing Mens’ C-Grade with his son, coaching Under 18s, as President of the Hobart Chargers (a professional club playing in the SEABL and NBL1) and leading a bid for Tasmania to re-enter the National Basketball League.